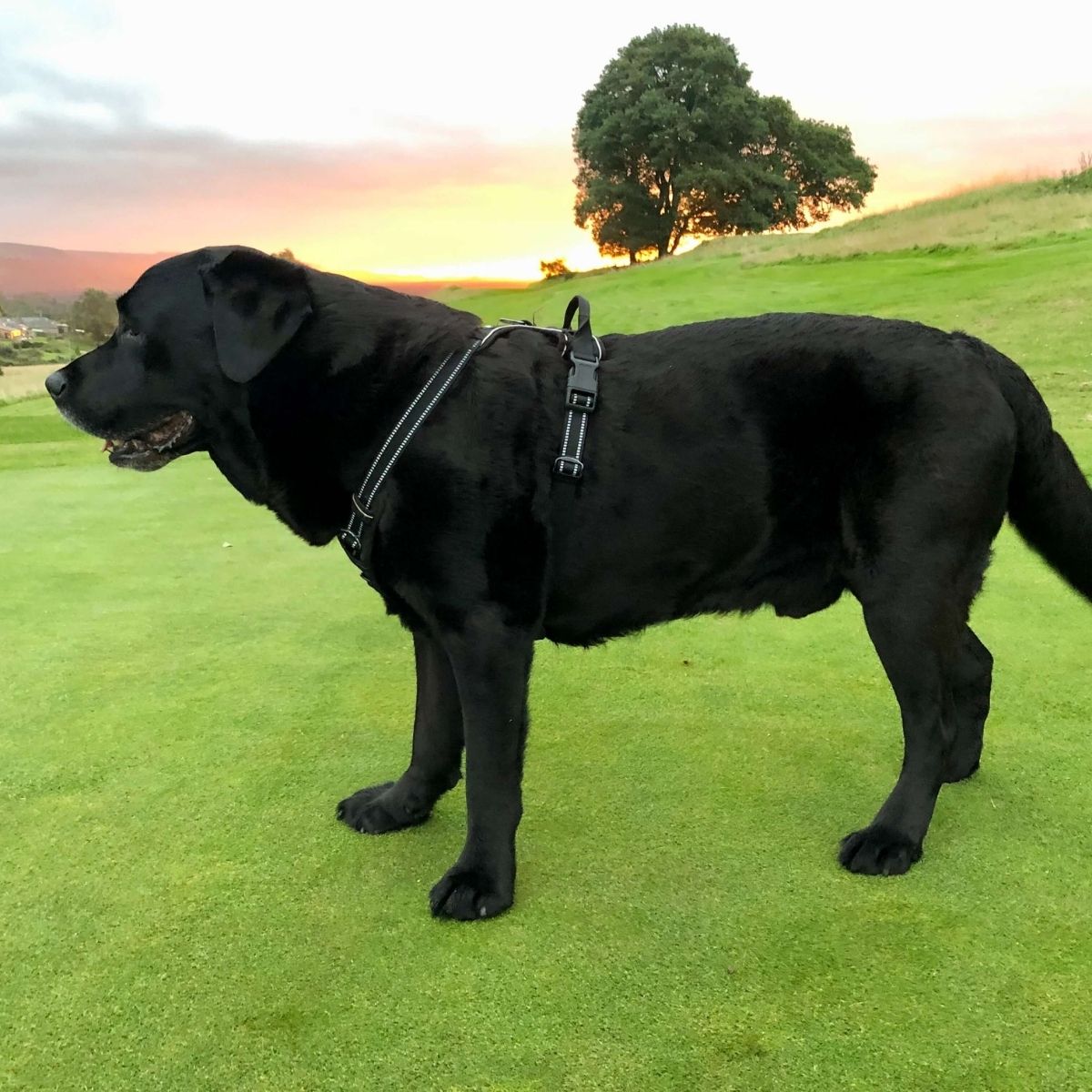 This week, the Bella & Duke team are celebrating a very special birthday. Gus, Co-Founder, Tony’s dog, is turning 12, despite being given only three months to live at the age of six and a half. Tony shares the incredible story of how Gus defied the odds through raw food and inspired the creation of the Bella & Duke brand.

Researching the benefits of raw

In 2015, after Tony sadly lost his Golden Retriever, Barney to cancer, he began to look into raw food with his business partner, Mark, who had also lost his dog, Morpheus to cancer.

Tony began making his own raw food at home as he wanted his dogs to enjoy optimum nutrition, however he faced the same challenges that many dog owners do when making their own raw food.

“When I started making raw food myself, I realised it’s an awful lot of effort and you can’t always find the ingredients you want, so you’d just have to go with what the butcher had. I’d spend a good part of Saturday making up the dogs’ food for the next week and putting it in freezer bags. A lot of effort went into it and it was a lot of hard work, but Gus enjoyed it.”

At the age of only six and a half, Tony’s dog, Gus, was diagnosed with an aggressive mast cell tumour on his chest. After having it removed and having a second operation to remove surrounding tissue, Tony was told that Gus only had three months to live. With grade three mast cell tumours having a long-term survival rate of less than 10%, even when treated with surgery, it was a heartbreaking diagnosis.

“He was only six and a half years old at the time, so we went down the route of chemotherapy to see if we could get him another year or two. After this, they wanted us to continue coming back for biopsies and tests every couple of months. We would go down and do this but poor Gus was getting quite agitated with the anaesthetic and it took him about 24 hours to recover every time. My wife and I decided that he’d been through an awful lot and if it came back, it came back. We wanted him to live a quality of life without the testing, because we couldn’t put him through it again.”

A remarkable recovery through raw food

Throughout this time, Tony had continued to feed Gus a raw dog food diet, making sure he had the best nutrition possible to support his cancer recovery. This approach has led Gus to be in remission ever since, leading a happy and healthy life, as well as being able to enjoy delicious food.

“Tumours need sugar and carbohydrates to live. By feeding a raw diet, there was none of this in Gus’ meals, so this was able to contribute to his health and stop that aggressive tumour growing or spreading. As I continued to research it with Mark, it made us realise that the food was really helping and I do think this contributed to the fact that the cancer didn’t come back and didn’t spread elsewhere. Amazingly, Gus is 12 today and he’s still with us. It might come back eventually, but it hasn’t come back in six years. That’s phenomenal and it’s remarkable how long he’s been in remission for. In human years, Gus would have been 30 odd when he got cancer and he’s now the equivalent of 84, so he’s been in remission for nearly 50 years!”

With three of the four of Tony and Mark’s dogs being diagnosed with cancer, they went from testing the market in 2016, to finding a factory and launching the Bella & Duke brand in 2017.

Tony explained: “Three of our four dogs had cancer, so that was how we got into it. We thank Gus, Trin, Morpheus and Barney for the start of Bella & Duke. It’s so rewarding knowing you can help others and educate people. When you look up what feeds cancer, it is effectively sugar and carbohydrates and without that, it cannot live. There are all these stories of people fasting in the human world to get rid of cancer and you can do the same thing by not allowing sugar and carbohydrates into dogs’ diets. It’s crazy to think that a dog that is six and a half years old can have cancer that will kill it in three months and then make such an incredible recovery.”

The future of Bella & Duke

As Bella & Duke continues to grow and help more pets to live long, healthy and happy lives, Gus’ role in inspiring Bella & Duke has not gone unnoticed. Celebrating Gus’ story and fantastic journey, Gus is having a meeting room named after him in the new ‘Parklife’ office.

Tony added: “The beauty is, Gus doesn’t know this and is just getting on with life as normal – he looks fantastic!”