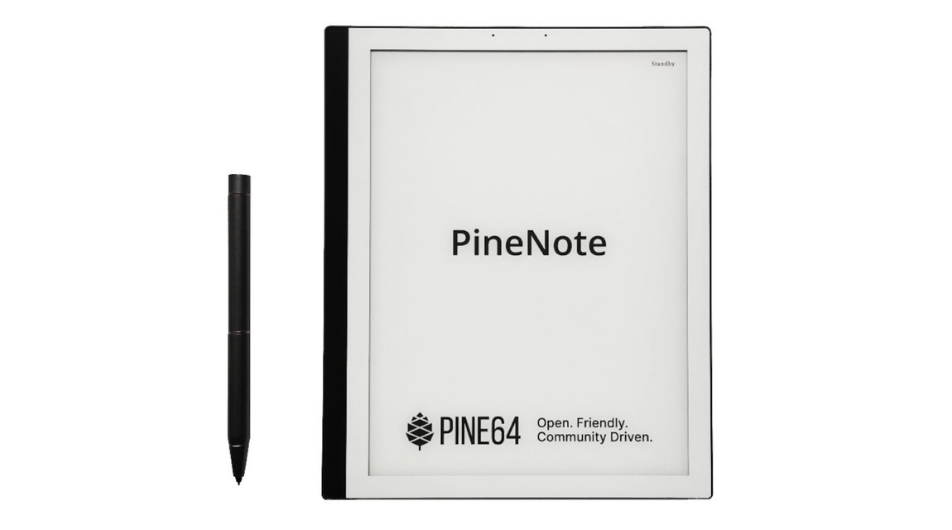 Recently, we covered PinePhone Pro Explorer Edition Linux-based Smartphone built around the Rockchip RK3399S highly integrated with 4GB LPDDR4 RAM and 128GB eMMC flash storage. Pine64 has captured the embedded system news due to the availability of the PinePhone Keyboard case and PineNote Developer Edition. This article primarily focuses on the PineNote Linux-based notepad computer device that is a combination of notebook, tablet, and e-ink panel powered by the Rockchip RK3566 system-on-chip.

As mentioned above, the tablet features RK3566 that comes with a 64-bit quad-core Arm Cortex-A55 processor core clocked at a frequency of 1.8GHz. Moreover, the SoC comes with an embedded Mali G52 2EE GPU, 4GB LPDDR4 RAM, and 128GB eMMC flash storage. These specifications are optimized for it to be one of the fastest Linux-based e-readers on the market. However, the tablet’s internal memory might seem less for multitasking and high-end games.

At size 10.3-inch, the notebook provides a 1404 x 1872 px resolution with 227 dots per inch and 16 grayscale levels. The capacitive multi-touch panel gives an enhanced user experience with support for the EMR pen digitizer. When it comes to wireless connectivity, the hardware doesn’t stay behind market leaders by supporting IEEE802.11a/b/g/n/ac Wi-Fi and Bluetooth 5.0.

For the audio system, the PineNote Developer Edition offers built-in stereo speakers and a DMIC interface for multiple microphones. When it comes to the battery life of the device, the hardware incorporates a 4000mAh LiPo battery, which can be charged using a DC 5V @3A through a USB Type-C connector.

Important note: As the name says, the PineNote Developer Edition tablet is supposedly only available to developers at this time as the PineNote software is still in the making. Even when the device is officially sold on the store at $399, the tablet is only ready for experienced developers and there is no default OS for the PineNote.