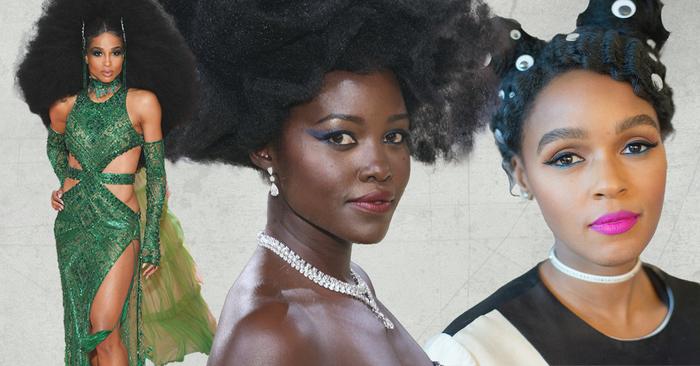 It’s also massively thrilling to hear that the duo believes we’ve taken huge steps forward when it comes to portraying natural Black hair in film and television. “We have most definitely made traction—just take a look at popular shows like Black-ish, Insecure, Dear White People, and many other culturally based films. As well as the movements for inclusivity and diversity on productions being implemented by the Academy. The hair and makeup unions are being an entity as well, stepping up for those being discriminated against in the workplace on sets. Yes, there is progress and it continues,” Morris states.

Nominations, awards, or other forms of recognition move the dial in such a positive way. “Every milestone we make is important,” adds Farmer. “There have been Black creatives behind the scene since the beginning of film-making, and each generation makes a mark and a dent. At one time, makeup and hairstylists who were women were not working in the film industry. Now, there’s an abundance of us.”

When asked how the two are celebrating such a key moment in each of their careers and Black History Month as a whole, the answer was simple. Morris says, “I am literally celebrating myself, the history that I’m laying out for those that will come long after me, and the standard I am setting forth. I am also embracing those that came before me whose blood runs through my veins and giving thanks for their history and its part in defining my purpose.”

Farmer stays true to herself and knows that Black history should be honored year-round. “I celebrate Black history every day! I hire Black, I post Black, I love and support Black businesses, people, and things!” If you’re also curious about the products the pair is always using on their projects, keep scrolling below.